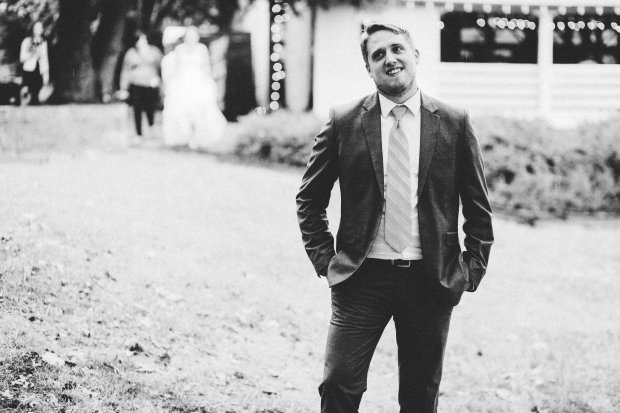 On November 25th I almost lost my husband. After only being married for three months, we never thought we’d actually have to experience “for better or for worse” so soon in our marriage. Every now and then, the morning of the accident comes to my mind and my eyes start to burn and I feel a quick rush of fear, heartbreak, and then an overwhelming sense of gratitude because he’s still here with me.

After getting that call, my mind began to flood with thoughts of all the things James had not yet done in his life and what we had yet to do together. What if he could never move again, that meant he could never play with his kids, could we even have kids? What if he can’t play guitar anymore or sing? I thought of all the ways our lives could be totally altered by this moment but one thought that never lingered long enough to paralyze me with fear was, “what if he died?”. I wasn’t able to embrace that thought because something inside me knew that this was not it. God has so much that he wants to do in his/our life that James hasn’t even began to tap into, things that I can see so clearly in him that have yet to be cultivated, and that thought – which could only come from the Holy Spirit – is what gave me peace, or as much peace as I could have in that moment in time.

The twenty five minutes I waited for my mom to come pick me up and take me to the ER were the longest twenty five minutes of my life but I am so thankful I had them. I had time to let myself completely crumble and cry out to God. I sobbed and cried like I have never sobbed and cried ever before in my life. I used every fiber of my being to make my prayer known to God. It was physical, emotional, spiritual, mental, all at once and at such an intense level. I have never felt so raw and broken before Him. Had I not been able to do that, if I had just drove myself to the hospital immediately (which would not have been the wise or safe choice considering my state), I would never have been able to pour out everything that hit me so suddenly in that span of 30 minutes. I would have bottled it up to be strong for James and for all of our family who were there and who were just as afraid as I was. I felt a peace that I know came because in that time of sobbing uncontrollably and trying to remember to breathe, I gave it all to God. There was absolutely nothing I could do in that moment but trust him and somehow I was able to rest upon that fact and that is what carried me through the long car ride to the hospital, the wait in the ER, seeing him for the first time, and awaiting to hear what kind of damage had been done.

When the chaplain came to the waiting room and said I could go see him, I kind of wanted to throw up. Even though I knew he was conscious and very much alive, I didn’t have a clue as to the extent of his injuries. Was he even going to look the same? Were his legs all mangled? Did he have all his teeth still? This may seem trivial but these are things I thought about in the 2 minutes it took to get to his bed. When I turned the corner and walked into his room I breathed a small sigh of relief; I could see all of his limbs. His face was completely covered in dirt, asphalt, and shards of glass. It was all in his ear, up his nose, crusted onto his lips, and in between his teeth, but none were missing. It took everything in me to not just fall on top of him and weep.

I became even more relieved when the first thing he says to me is, “Hey I get a new car!” and when the nurses came in to give him a gown, he makes a joke about having to wear a dress. Any other day I would be rolling my eyes at his bad jokes and slapping him up side the head but at that moment, it was the best thing in the world. He was still himself under all those monitors, braces, and asphalt. What a hottie right? The pills were obviously working… 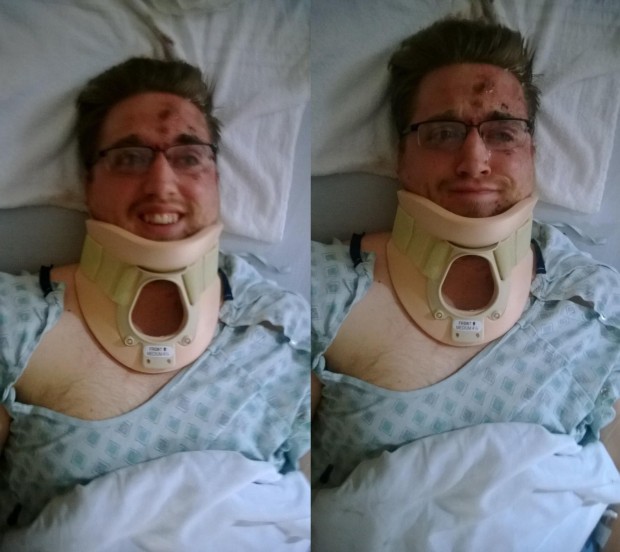 The next three days were spent in the hospital with more visitors than I can even begin to count. At night it was just me and him. Nights were hard. We didn’t have people constantly around us distracting our minds from the trauma we both had just endured. We cried a lot. Mostly because we were so happy to still be together.

I can’t tell you how many times I heard people say how amazing it was that he was still alive or how much worse it should have been. Paramedics said they’ve never seen someone live through that severe of an accident. Doctors told us he should be paralyzed. Paralyzed, people! As amazing as it is to know that your husband survived a serious car accident with minimal damage (in this case a broken neck and leg are minimal injuries), no wife wants to hear that her husband should be dead right now.

Seeing him in so much pain and frustration was the hardest thing I’ve ever had to watch. Sleep was far from my mind in fear James would wake up disoriented again and rip his neck brace off. There was nothing I could do but hold his hand and that never felt like enough. In those moments I felt more helpless than ever, but they made me realize I just needed to let go and let God do the rest.

The day before thanksgiving we got the ok to go home. Part of me was so relieved to be out of the hospital, but the other part was dreading this next step . If something went wrong, I couldn’t just push the nurses button and let them come in and fix the situation – it was all on me. Luckily, we had so many people surround and support us; brining us dinners, coming to hang out with him so I could sleep, and most importantly, praying.

Each day got easier and easier. It took a couple weeks for me to get to the point where I didn’t want to burst into tears just looking at him. But James was a good patient. Even in the midst of tremendous pain and frustration he always put my feelings first and was appreciative of what I did for him even though I wish I could have done more.

This whole ordeal was the hardest thing either of us has gone through but I honestly am grateful for it. Our relationship is at a whole different level than it was before. I never thought I could love him any more than I did but once again I am proved wrong.

James is now back to work and driving and is recovering very nicely. He loves taking full advantage of his handicaped-ness. This was his first experience in an electric cart and you can tell he’s thoroughly enjoying it. 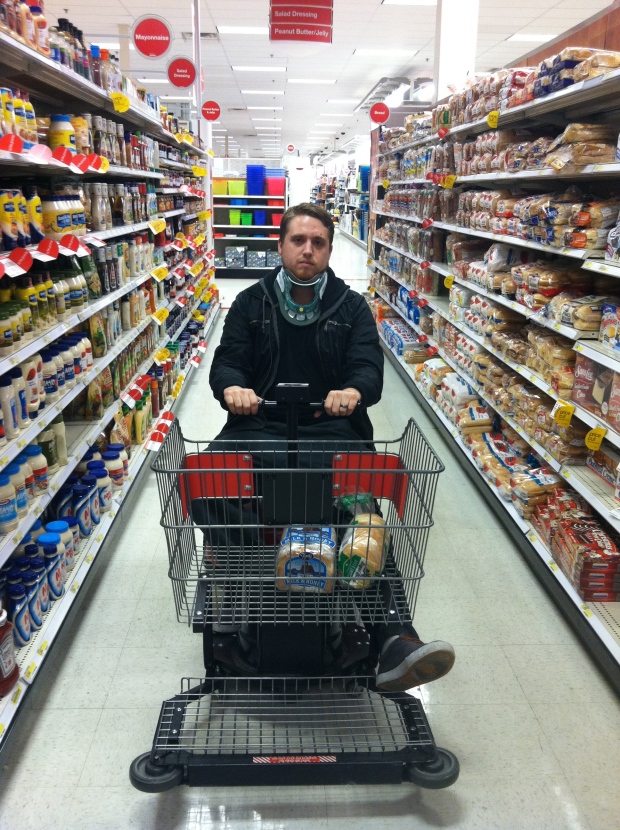 8 thoughts on “I Almost Lost Him” 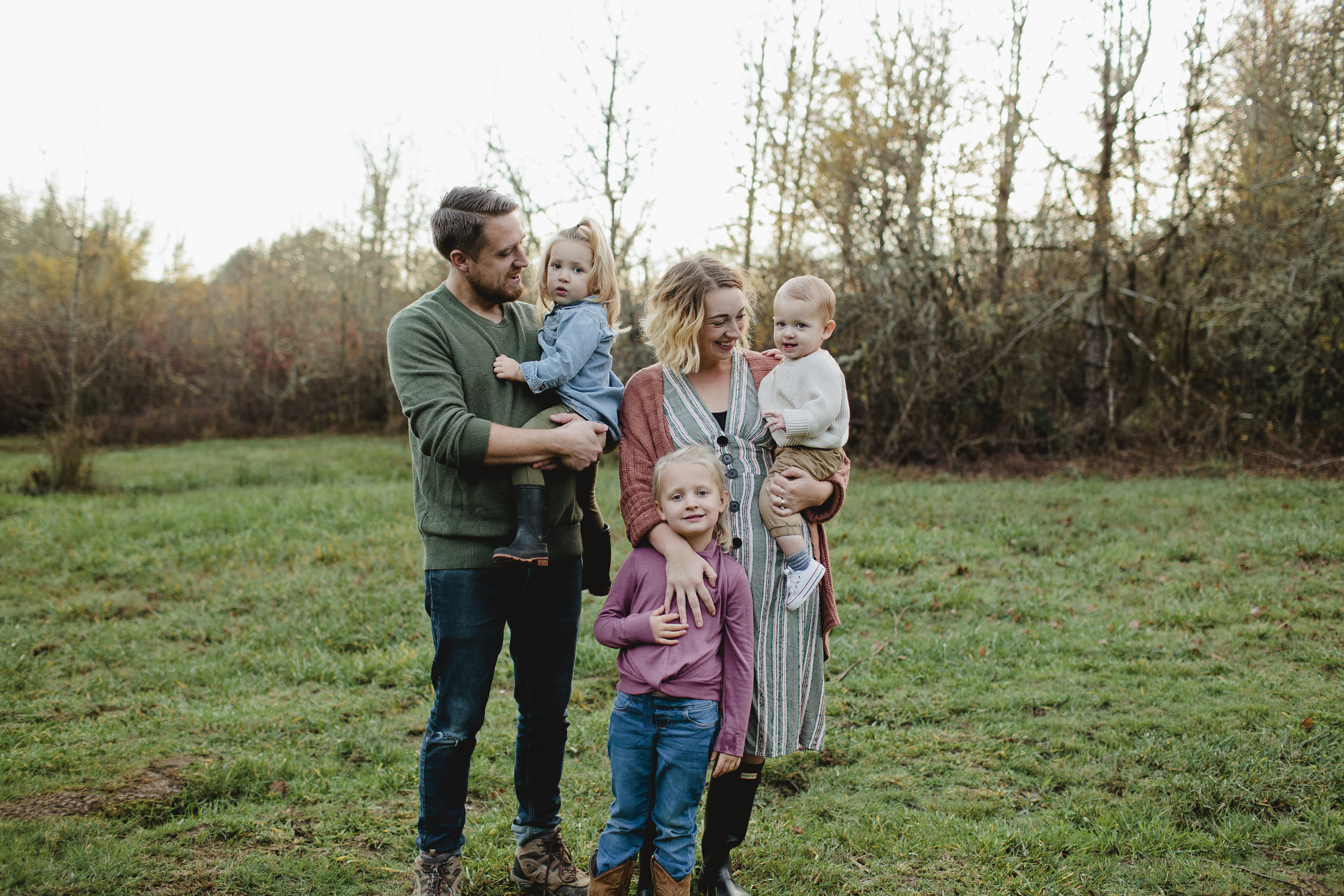